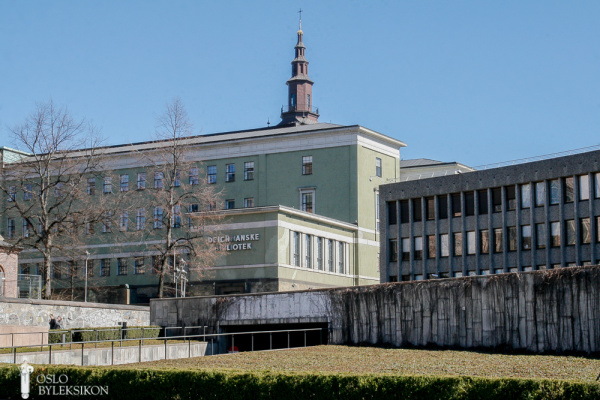 The Old Deichman Library at Arne Garborgs Plass 4. The Y-block to the right. Picture from May 2019. - Photo: Astrid Ledang / Oslo Byleksikon

Deichman Library, Arne Garborgs plass 4 (formerly Henrik Ibsens gate 1), the municipal public library, became an independent municipal department from 2018 (up to an including 2017 the library was part of Kulturetaten). Apart from being the municipal public library, Deichman also takes care of a number of national assignments. In addition to the main library at Hammersborg, the library has 13 branch libraries and a number of special sections. The collections comprise both factual and fictional works, children’s books, books in more than 40 languages, audiobooks, strip cartoons, music, films on VHS and DVD, a reference collection and genealogical material. 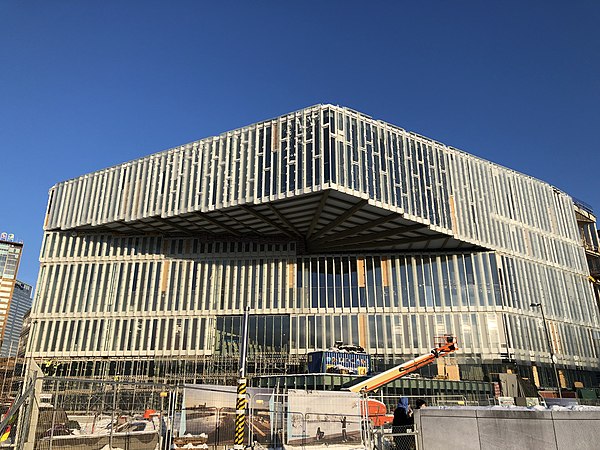