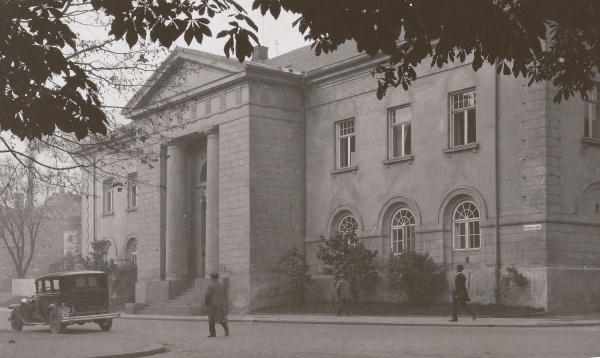 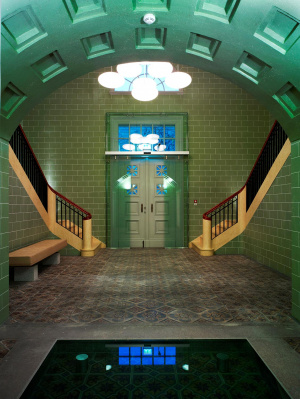 The entrance of the National Museum - Architecture. Photo: Morten Thorkildsen

The museum was established on the initiative of the National Association of Norwegian Architects in 1975. It was organised as an independent foundation in 1998. Since 2003, the museum has been part of the National Museum. Up until 2005, the Architectural Museum was located at Kongens gate 4. From 2005 to 2008, architectural exhibitions were displayed at Tullinløkka and in the Art Industry Museum. On 6 March 2008, the museum moved from to new premises on Bankplassen.

History of the building

The museum at Bankplassen 3 is an important work in the Norwegian architectural history and consists of three buildings: he bank building of 1830 (which was the first building of Norges Banks in Oslo, arch. Christian Grosch), the side wing of 1911 (arch. Henry Bucher) and a new pavilion (arch. Sverre Fehn). Christian Heinrich Grosch designed many of the most important public buildings constructed when Christiania became the capital 1814.

The architect for the conversion to the architecture museum and the new exhibition pavilion, is Sverre Fehn, which in 1997 won the prestigious Pritzker Prize. The building itself is an intermediary of the history of architecture and is especially suitable as an architectural arena. It is an exhibition of classicist and modernist architecture - a meeting between Grosch and Fehn, who are the most important Norwegian architects of the 19th century and our time.